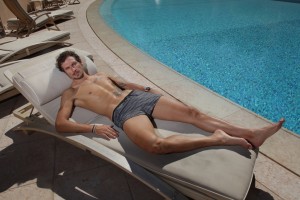 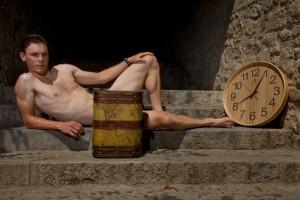 PRESS RELEASE: OCTOBER 31, 2013
“ProTour Pin Ups” officially launched
New Calendar featuring top pro cyclists for charity just revealed.
This year sees the debut of a new project: Pro Tour Pin Ups, featuring men of the
world tour peloton, posing for a variety of charitable causes.
The first and foremost cause is women’s cycling: a unique prize will be created
during the 2014 women’s tour of Britain, in its own category, awarding a cash prize to
a deserving female domestic rider each stage.
The calendar features riders from across many team, including Taylor Phinney, Jens
Voigt, Alex Dowsett and Pippo Pozzato.
Laura Fletcher, the creator of the calendar said “There’s been a massive uptake in
women’s cycling over the past few years, and I wanted to create a project that was a
unique way to support it, whilst having a bit of fun as well. It’s a lighthearted
approach, and a way for the guys to get involved with the women’s side of things as
well.”
The calendar was shot mainly on location, around the rider’s homes. “It was a few
trips to Girona, a day in Tuscany, a day in Monaco, Belgium, and even Essex. The
process of shooting the guys on their own turf, we might say, was to keep them sort
of at ease, and as comfortable as possible. It leant some humour to the shots, as
they had their own environments to play off of, and in more than one case, a few of
their friends and teammates watching and egging them on. (and even upon occasion,
assisting me with holding lights.”)
A small portion will also benefit Alex Dowsett’s “Little Bleeders” for children with
Haemophilia, and Taylor Phinney’s “The Davis Phinney Foundation.” Taylor Phinney,
otherwise known as “Mr. July” for these purposes said: “It’s great to support not only
my family’s foundation, but also women’s cycling in such a unique way.
Nathan Haas, Mr. March had a great time at the shoot. “We shot it outside my home
in Girona. By the end of the shoot I had three teammates standing around, and
tourists passing by. It was a nice change from posing in my cycling kit for press
photos.”
Alex Dowsett, Mr. January said “It was a great project to be involved in. Its nice to do
some pictures without bicycles and cycling kit on, and when it comes down to it, we
all like to do things a bit more lighthearted sometimes. My shot was a collaborative
process with Laura, we worked together, highlighting my love of cars, while she
played a bit of a joke on the Essex fake tan stereotype.”
Calendars are on sale now, at a few select retailers, and online exclusively through
partner shop Athlon Sports (http://www.athlonsport.co.uk/25926/products/pro-tour-
pin-ups-2014-calendar.aspx) for £10, with global shipping options.
Images, Interviews and further info please contact: laura@cassettemedia.com 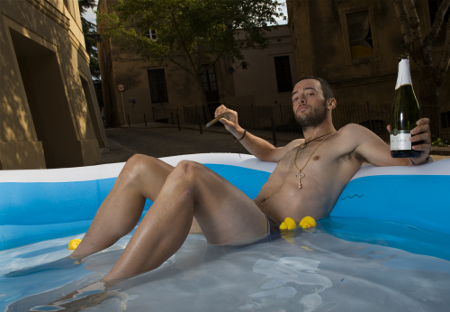